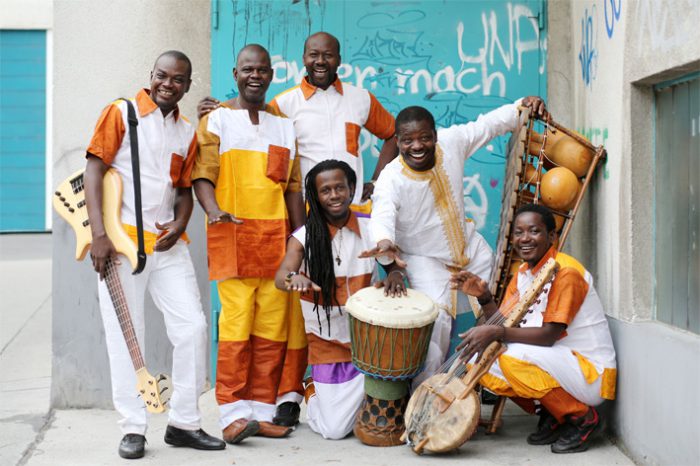 Mamadou Diabate was born into a traditional musician family (Sambla people) in Burkina Faso (West Africa), with a long tradition of practising the profession of story telling and music making.

At the age of 5 he started his professional training with his father Penegue Diabate, who in his days was considered the best balafon player far beyond the bordes of the sambla culture. At 8 he began with his apprenticeship years with renowned balafonists of neighboring peoples.

He currently lives in Austria.

With his group Percussion Mania he won the Austrian World Music Award (2011) and the Grand Prix of the “Triangle du Balafon” Competition in Mali (2012). For his virtuosity, he was there also honored with the “Prix Alkaly Camara de la virtuosité”.

In 2017 he was made Knight of the National Order (Chevalier de l’Ordre National) of Burkina Faso.

He has released 11 CDs with his own compositions and 2 others with authentic music of the Sambla and Tusia peoples (both world premiere).

In Burkina Faso, he had built a primary school where poor children are taught free of charge. (www.sababu.info)